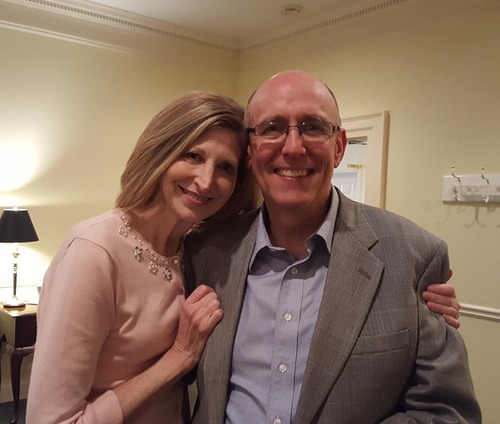 Since 1986, Heritage has only known one Senior Pastor...Roger Parks.  He retired on May 31, 2022.  Currently, there is a Pulpit Search Committee in place who are tasked with the responsibility of receiving, evaluating, interviewing and finally recommending the candidate to lead Heritage in its next phase of life.  Once presented, that candidate will be introduced to the church, preach and then the church will hold a vote regarding that candidate.

Until the position is filled, we have chosen to leave his bio up and available to visitors as a way of honoring Roger and his wife, Carol.  And also as a testimony to the faithfulness not only of this couple to the church, but of the church to this couple.

Roger is a second generation minister who is passionate about his family, practical Bible teaching, shepherding his flock, missions and young people.  He received his Bachelor’s degree in Bible from Tennessee Temple College and attended Temple Baptist Theological Seminary.

He and his wife, Carol, have three adult children and eight grandchildren.  Carol is a talented teacher, musician, writer and speaker.  Together they have served in Christian ministry since 1979.

When he wasn't at the church, he could usually be found riding his bicycle on one of Autauga County’s back-roads or visiting the homeplace in Tennessee (where he and Carol have relocated to).

On October 31, 2021, Pastor Parks announced his plans for retirement, effective May 31, 2022.  The church is now in the process of seeking a new Senior Pastor.